← more from
Cascine
Get fresh music recommendations delivered to your inbox every Friday. 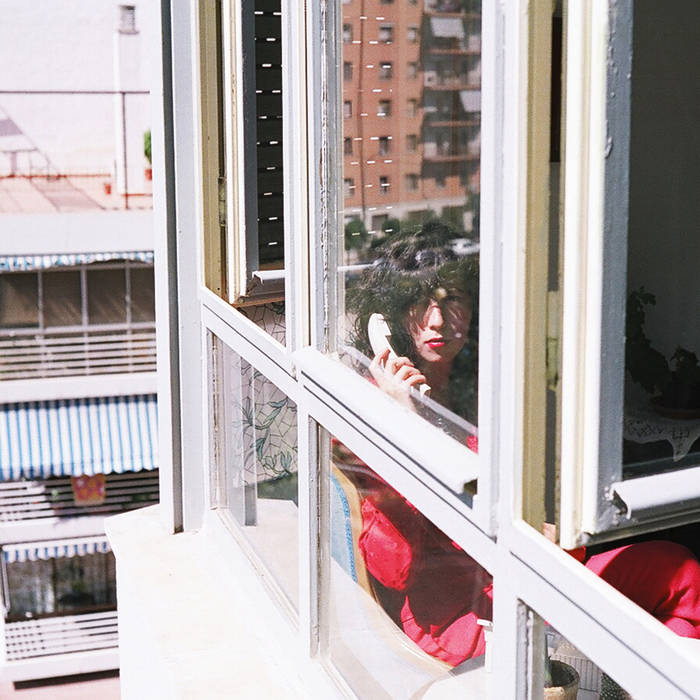 Maria Usbeck's solo debut, Amparo, is a collection of songs written and recorded across the span of three years in Ecuador, Buenos Aires, Santiago, Barcelona, Lisbon, Easter Island, Costa Rica, the south of Florida, L.A. and her home in Brooklyn.

Though the songs were composed electronically, Amparo called for an acoustic treatment, so Usbeck spent a winter in the studio recording the arrangements live with producer Caroline Polachek and mixer & engineer Miles Benjamin Anthony Robinson. Fleshed out in full sonic color on the marimba, xylophone, quena flute, piano, and harp, the album stretched into something hi-fi and expressive, meditative but not meandering.

Amparo stems from Usbeck's desire to compose in Spanish, her native language. Growing up in Quito, Usbeck was immersed in salsa, merengue, bachata, and Andean music, but was more attracted to German and American culture than to her own, and moved to America by herself at 17. After five years of fronting new wave outfit Selebrities and writing songs in English, Usbeck experienced a delayed-onset homesickness and knew it was time to "let the mother tongue speak."

The backbone of Amparo is percussion, vibrating throughout with timbales, tumbas, a talking drum, bongos, shakers, and an Indian flat drum, with the gaps filled in by her field recordings of birds, beaches, and jungles. The songs were written and recorded chronologically, with the exception of the closing track, a cover of Colourbox’s “Tarantula” reimagined in Usbeck’s Spanish translation. Amparo is a reflection of the textures of Usbeck's childhood. It is also a distinctly grown-up pop record – a travel diary, music made by a visiting outsider to tap into a shared core of human expression. Emotively, Usbeck is her most powerful on piano ballads "Uno De Tus Ojos" and "Jungla Inquieta," but is a magnetic narrator throughout, moving between whispers, chants, and lullabies. Amparo pulses with many stories in many voices, but they flow together seamlessly like water, leaving behind a wordless hum.

Amparo is released May 27 via Cascine in North America, Labrador in Euope and Rallye in Japan.

The former frontwoman of Selebrities returns to Cascine with her eponymous solo project that captures her childhood in South America and her desire to compose in Spanish. Her debut album reads like an exotic travel diary, music made by a perceptive explorer designed to tap into the shared core of human expression. ... more

Bandcamp Daily  your guide to the world of Bandcamp

Little Brother joins the show to discuss their beautiful journey, plus tunes from Fat Tony